As everyone knows, wildlife photographers must risk life and limb lugging heavy equipment in and out of jungles and deserts to get amazing shots of natual beauty.

Yesterday I had to run a few errands far across the Peace River in Port Charlotte.  There was a bit of time between a couple of scheduled appointments so I did a little pre-season scouting of some of my favorite photo locations.  The first was the Audubon-Pennington Preserve which is right in the middle of a residential development.  I didn’t have long so I just walked into the entrance 30 yards or so to see what state it was in.  It’s early for migratory birds so I just took a macro lens and stopped at one small bush which sported a  yellow primrose.  Purely by chance a small beetle landed between an opening bud and an open flower.  Naturally, I took it’s picture.

It crawled up on the open flower to give be a better pose and then left. 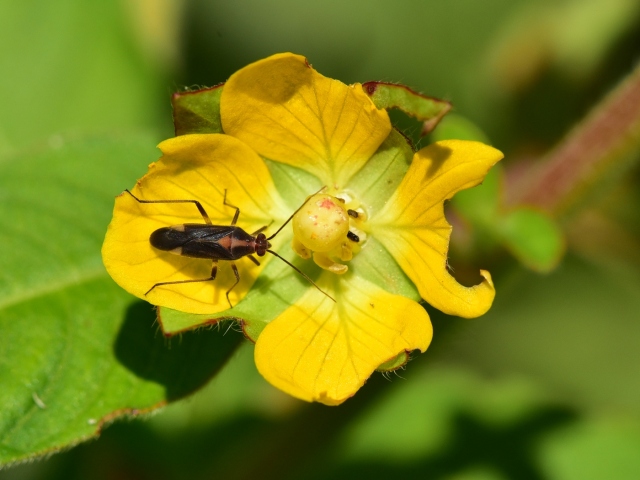 A wasp landed on the bud a few inches away and allowed me to take it’s picture. 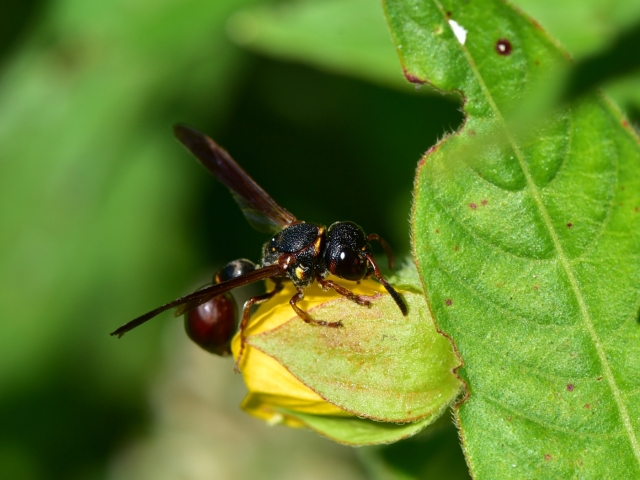 When I brought my attention back to the open flower I discovered that another wasp, this one  a tiny, wingless variety had moved in.

In its turn, it was chased away by a Metallic Green Bee.

All of this activity in the space of 5 inches and five minutes.  If I had a little more time I could have turned to me left and started on the dragonflies at the side of the canal.

But I had another appointment to keep so I went off to attend to it.  Afterwards I decided to check on another local gem.  The Wal-Mart on Kings Highway.  Florida is low and lush with a lot of rain in some seasons.  Wal-Mart’s have large parking lots and have to accomodate runoff in an environmentally friendly manner with retention areas.  This usually leads to some interesting natural locations.  I pulled in behind the store and immediately saw a Great Blue Heron hunting.  He was in luck and quickly had a large catfish in his bill.  While I was grabbing my camera, it flew away.  That was disappointing at first until it brought its catch closer to a small area to complete the kill before eating it. 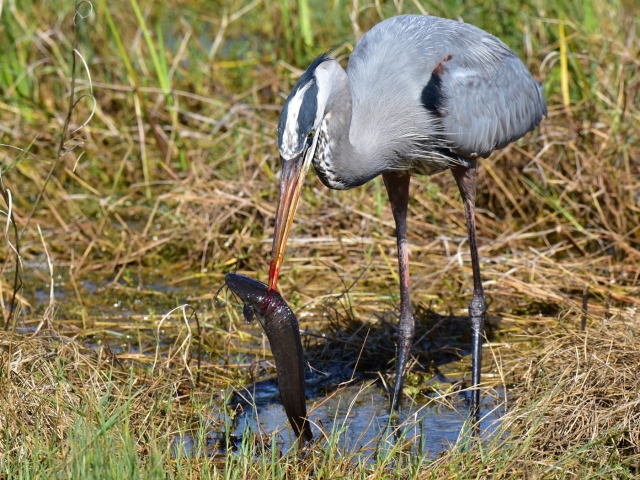 The bird needs to do this so that the catfish cannot harm its throat with its barbs when the heron is swallowing it.  After a successful catch and kill the heron managed to swallow the fish whole. 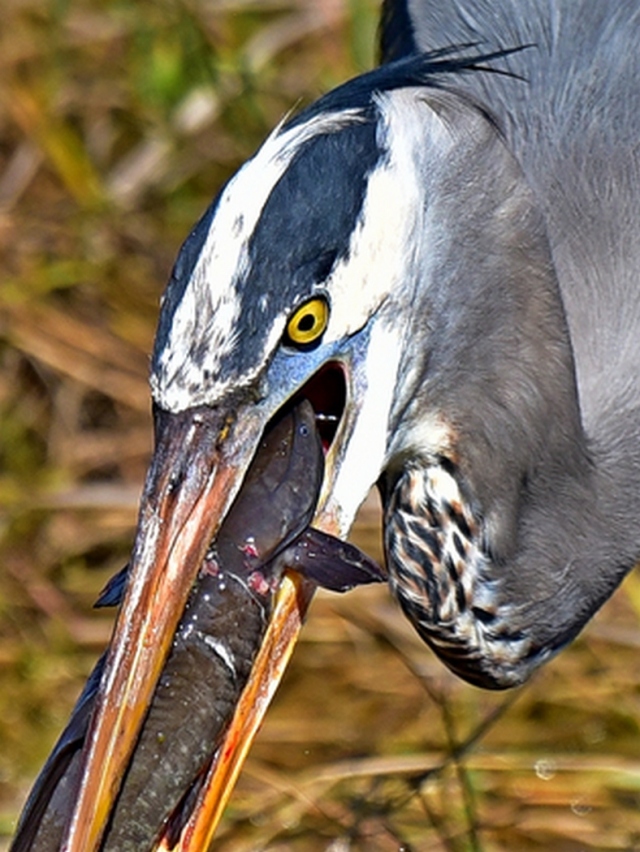 You can almost hear the belch in this shot.

This one is beginning to show the bright blue eye patches of mating colors so the season will be starting soon.  After lunch the heron did a few flybys for me.

And just behind me was the truck unloading zone for a superstore.

Whew, a whole 25 minutes of shooting and a total hiking distance of about 50 yards.

Retired, living in SW Florida and spending my time at nature photography in my local area. I volunteer with a couple of local organizations to help my adopted home town. Travelling is now by airplane and car instead of a sailboat but happy anyway.
View all posts by birds n' bugs →
This entry was posted in Bird, Bug, Park, Wildflower and tagged beetle, Catfish, feeding, Great Blue Heron, green-metallic bee, huting, primrose willow. Bookmark the permalink.