The Venice Chalk Festival – A Matter of Perspective 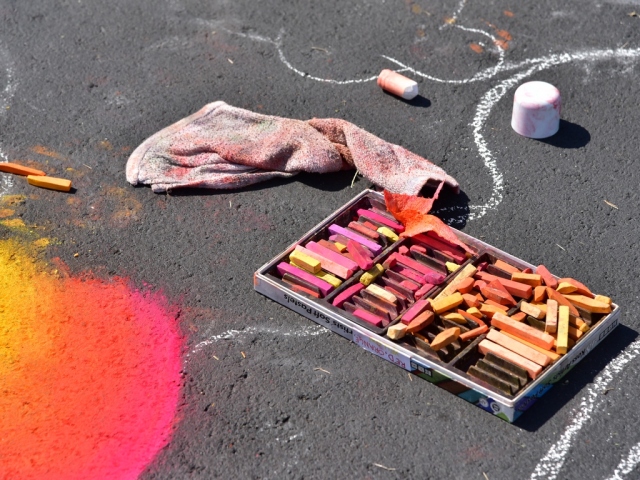 The Venice Chalk Festival opened today and carries on through the weekend at the Venice Airport festival grounds.  The theme is Peace and Love and, as you might suspect, there were a lot of Hippie themes, Beatles, and stuff.  This one is the famous picture of John Lennon and Yoko Ono and their Bed-in for Peace.  It was clearly being developed to be seen from a low position where the appearance would look more realistic. 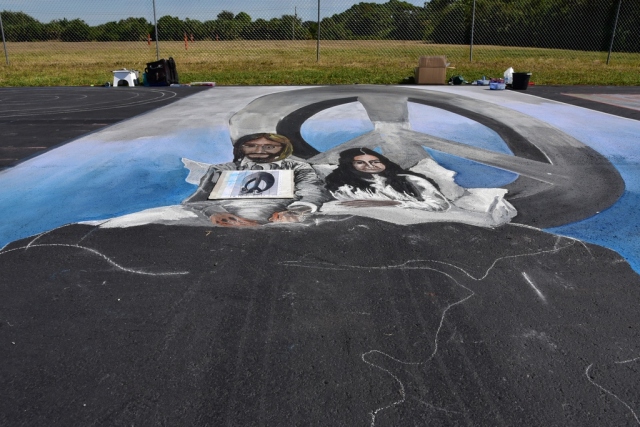 Plenty of the works under development were obviously derivatives adapted to the theme.  For example, this fellow was taking Vermeer’s ‘Girl With a Pearl Earring’ and adapting it to the theme by turning her pearl earring into a dangly peace symbol and adding a slogan to her scarf.

When I went back a little later he had added a lot of fine detail to the eye.  This one is going to look great over the weekend. 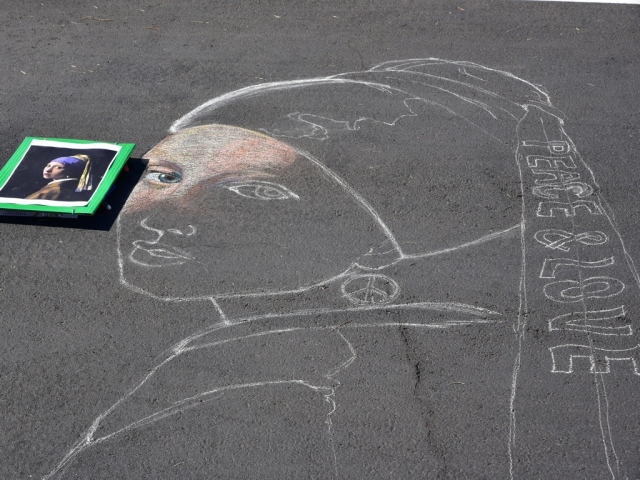 At the very end was a large work which at first looked rather chaotic.  The sun angle was such that it was difficult to get a good shot without including my own shadow, lower left. 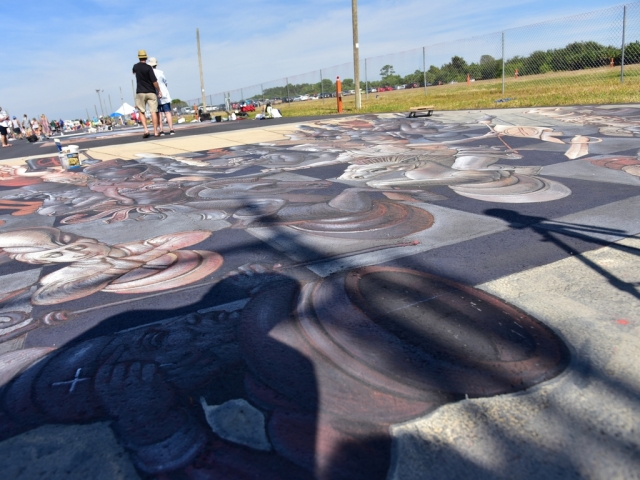 The spindly shadow to the right held an interesting prismatic lens.  Looking through it gave you an idea of what the image was supposed to look like. 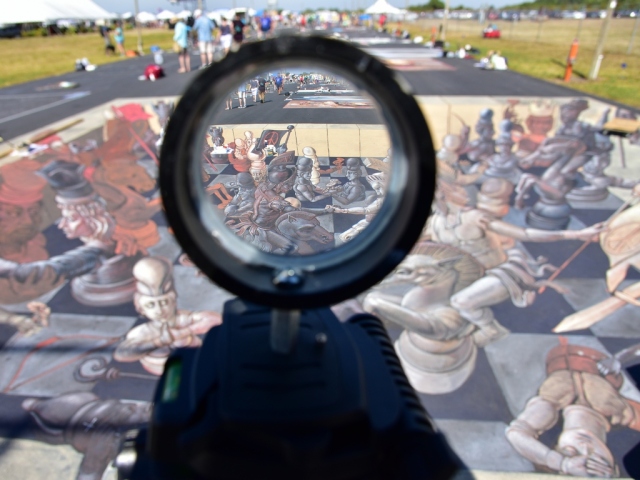 It was obviously intended to be seen from a higher perspective.  I tried a shot holding the camera as high up as I could reach.  That’s me on the left.  A guy in a ball cap looking through the prismatic lens to the right and a scaffold shadow running over me. 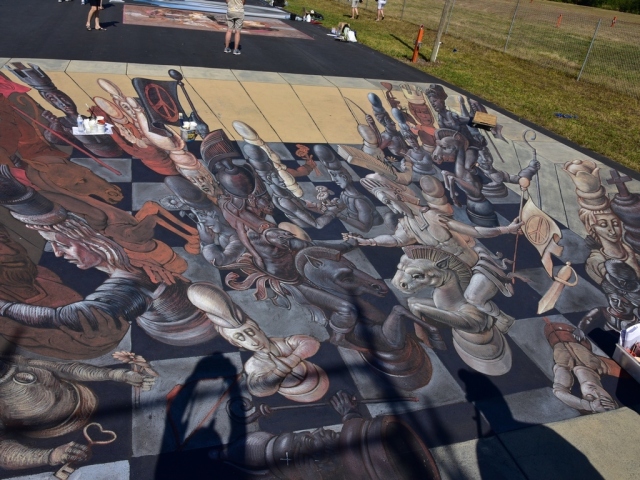 A Scaffold? Hmmmm, there wasn’t anything saying I couldn’t use it so I did. 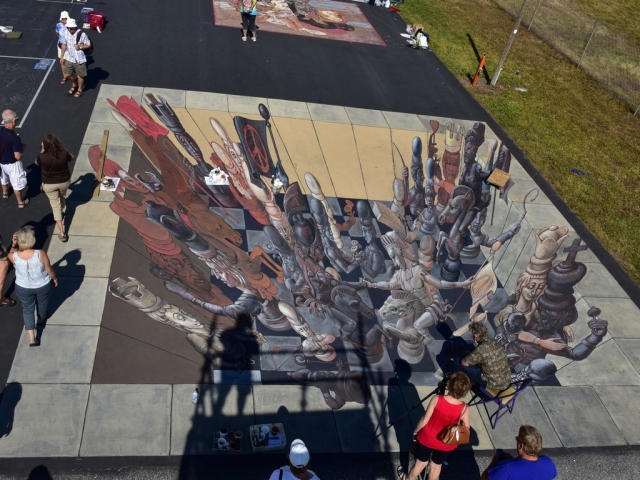 With a bit more work from the artist down there  front right of the lady in the red top and a better sun angle, this one is going to be fantastic over the weekend.

The art work at this festival is just great.

Ya know, if I had just paid more attention to coloring inside the lines in Kindergarten I might never have taken up photography 🙂

Retired, living in SW Florida and spending my time at nature photography in my local area. I volunteer with a couple of local organizations to help my adopted home town. Travelling is now by airplane and car instead of a sailboat but happy anyway.
View all posts by birds n' bugs →
This entry was posted in Event and tagged Venice Chalk Festival. Bookmark the permalink.