On Thursday, I took a scouting trip out to the Babcock-Webb Wildlife Management Area to see what the hunting area looked like this year.  It will be open through January 13th, 2012 so, if you want to see it, now is the time.

Two of my  favorite spots are the western end of tram grade after Seaboard and the eastern end of Tuckers Grade around Snag Lake.  It’s usually not possible to get to both easily in a regular car.   I was going to take Tram Grade out to Route 31 and return when I discovered that the FWC had regraded Road 6.

To get to Tram Grade, go past the gun range and turn north on Oilwell Grade.  After a mile or so, you will find Tram running east.  Once past Seaboard, you soon hit the normally closed hunting area.  The area that you first enter is a grade through pleasant wetlands with an abundance of wildlife. 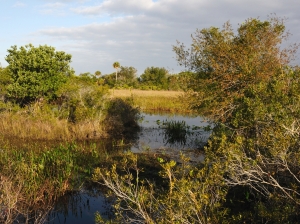 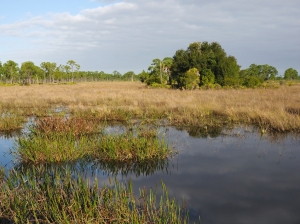 The marshes soon start to show some hammocks rising as the land does.  After a while, you end up in typical pine flatwoods and eventually reach the closed gate at Route 31.   Along the way here you will see that Florida is still cattle country. 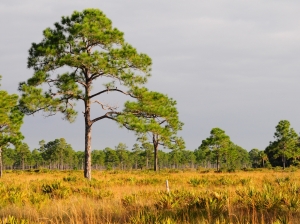 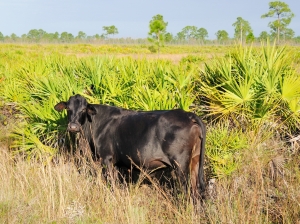 You can see the  gate to Babcock Ranch across the way.  It almost looks like you could drive straight across but, that’s a major road between the gates and the Babcock-Webb side is always locked.  But, the interesting news at this end was that Road 6 which roughly parallels Route 31 between Tram and Tucker Grades had been regraded.  No longer fit only for trucks, any car could travel this. 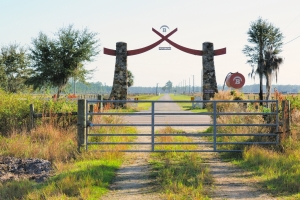 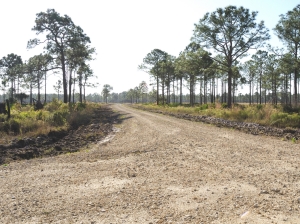 With the recent grading, you can now get to my next favorite spot, Snag Lake near the eastern end of Tuckers Grade.  This is a large flooded area which at the better times will have hundreds of birds on the snags, and fishing.  Today though I was  too late for the morning feed.  Even without the usual multitudes, the sight was spectacular.

Passing along the lake, I did manage to find this Kingfisher on a distant snag and these Woodstorks wading near the edge. 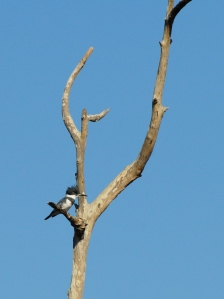 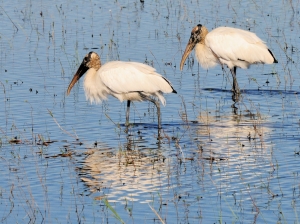 Finding Road 6 open and connecting favorite places made this trip to Babcock-Webb a little more special.  As I headed west on Tuckers Grade, I ran into a recent burn area.  So recent, in fact that there were still a few hot spots putting out the occasional flame and smoke. 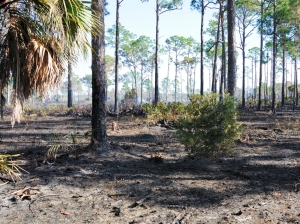 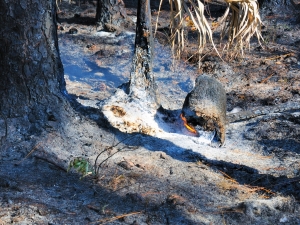 These burns are perfectly normal in the flatwoods.  They don’t move fast enough to do much harm to the wildlife but, they keep the underbrush down.  I did see this family of Sandhill Cranes feeding on the edges of the burn. 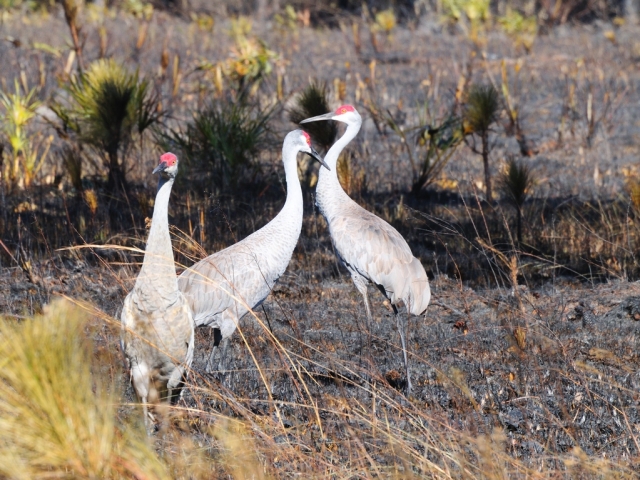 So, that was the end of the scouting trip.  Still about 3 weeks to have this great access to the hunting area.

Retired, living in SW Florida and spending my time at nature photography in my local area. I volunteer with a couple of local organizations to help my adopted home town. Travelling is now by airplane and car instead of a sailboat but happy anyway.
View all posts by birds n' bugs →
This entry was posted in Bird, Park - Babcock Webb WMA and tagged Babcock-Webb WMA, Hammocks, Photography, Road 6, Sandhill Crane, Snag Lake, Tram Grade, Tucker Grade, Wetlands. Bookmark the permalink.