Death of a dreamcatcher

Whenever I walked the Nature Trail at Ponce De Leon Park, I always went to the harbor end of the fishing pier to see what was being caught.  Not by the fishermen, by the mangrove branch I called the dreamcatcher.  The branch projected out from the shore near the end of the pier and frequently caught the lures, leaders, line and bobbers of the fishermen.  It was always nicely festooned with that assortment and each line was the end of the dream of catching a fish.  For the moment at least.  Here is the dreamcatcher with a fair amount of its pirated booty. 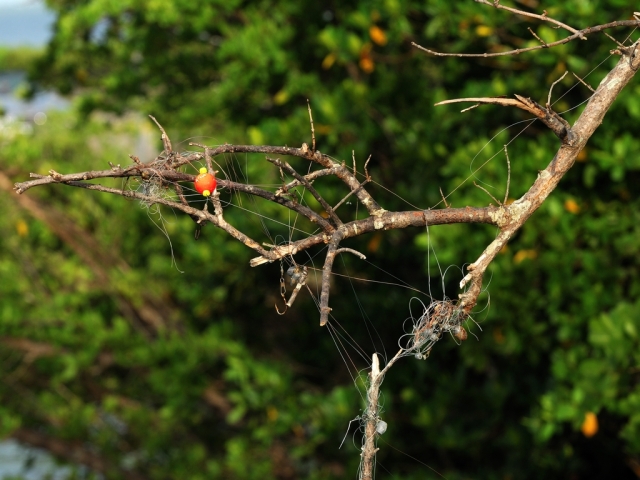 The leaves of the branch were always stripped as people tried to pull the lures and line loose but, eventually, they gave in and cut the line. The recoil of the branch wrapped the lines even tighter. On Monday, I went around the walk and discovered that someone had pruned the branch well back ensuring the end of fewer dreams. At least, for a while, you can see that even more branches are beginning to grow out. 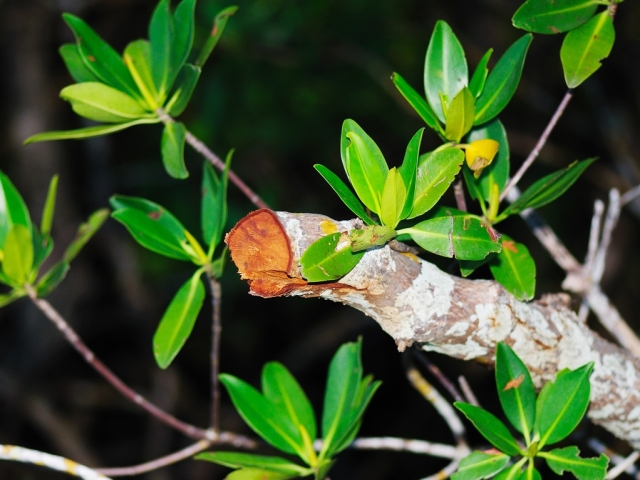 I was a bit late getting out so, the birds had fed and were resting in the heat. I saw several Green Herons deep mangroves but, the only wildlife in easy shooting range were mangrove crabs. 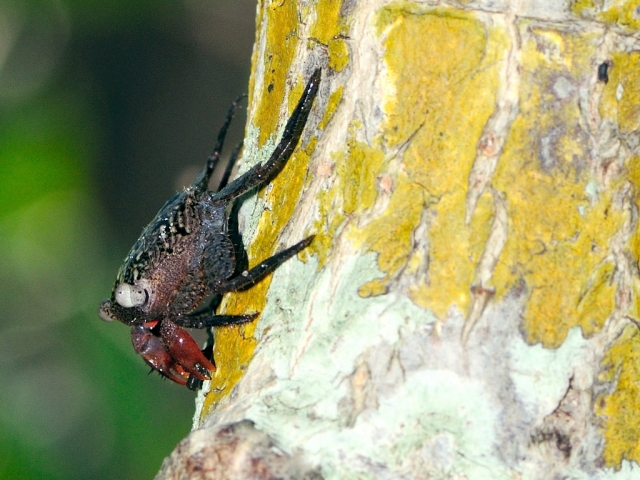 The fishermen grab these from the mangroves as bait.

Retired, living in SW Florida and spending my time at nature photography in my local area. I volunteer with a couple of local organizations to help my adopted home town. Travelling is now by airplane and car instead of a sailboat but happy anyway.
View all posts by birds n' bugs →
This entry was posted in Other Animals, Park - Ponce de Leon and tagged crab, dreamcatcher, fishing, line, lure, mangrove, Photography. Bookmark the permalink.