It’s always about the light – the Better Beamer

Today, I was roaming around looking for something to take pictures of.  I ran across a Red-bellied Woodpecker on a snag not far from downtown.  The angle was a little low but, that’s often the case with woodpeckers so, I started shooting.

Unfortunately, the sun was at the wrong angle for where the bird was working.  I was getting it going in and out of shadow and, in Florida, that’s a major difference.  I could shoot and figure on postprocessing to take care of the awkward shadows but, I’m much happier when I can get the light right in the shot.

This is one that took a little bit of post to lighten up  the head but isn’t too bad. 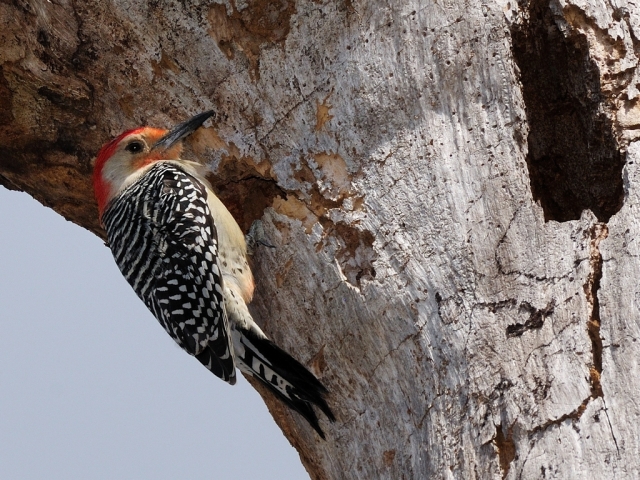 But, it still wasn’t right.  I decided to use my SB-800 flash to provide a little fill.  In fact, it was used in the picture above but I still needed to postprocess to get it halfway decent.  Then, I remembered that I had my Better Beamer in the back of the car.  The Better Beamer is a contraption that holds a Fresnel Lens in front of the flash and focusses it at a longer distance.  When I got back from attaching it, the bird had moved but I took two pictures in the new position.  The one on the left is the flash alone and the one on the right with the Better Beamer. 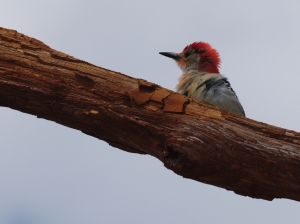 Wow, what a difference.  The bird then moved to the shady side of the tree and the Better Beamer made for a nice even light.  To be honest, it’s perhaps a little too even and looks somewhat artificial. 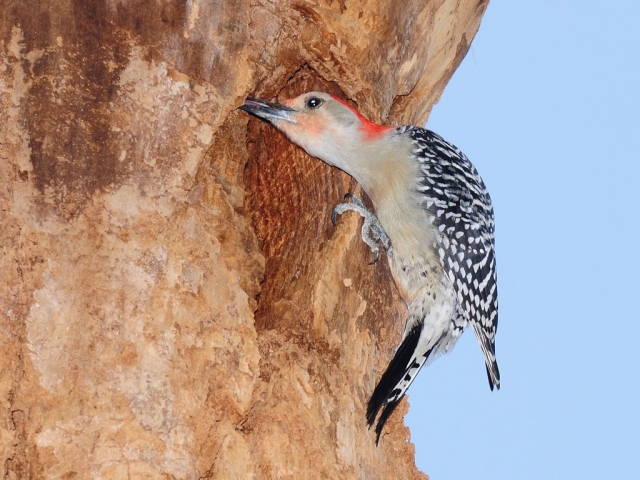 Still, it is much better than the shots I made afterward without the attachment.

Retired, living in SW Florida and spending my time at nature photography in my local area. I volunteer with a couple of local organizations to help my adopted home town. Travelling is now by airplane and car instead of a sailboat but happy anyway.
View all posts by birds n' bugs →
This entry was posted in Bird, Camera Gear and tagged Better Beamer, Photography, Red bellied, Woodpecker. Bookmark the permalink.